Our research film will contain footage of Paralympic athletes as they train and go about their daily lives and discovering how media coverage affects them. The World Championships are an important event on an athlete’s calendar – falling between the Olympics, so we were very happy to be given permission to film at the World Para-Athletics Championship in London, because this gave us the opportunity to film behind the scenes with the men and women that create the media coverage and show just how much preparation is involved and how the media coverage is planned. 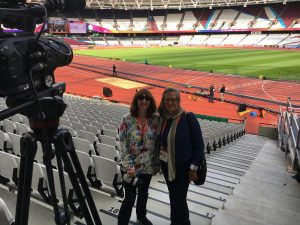 Sunset and Vine are the technical producers for the para and non-para World Championships and we had a great couple of days filming with them – firstly at one of the set-up/rigging days before the event had started,  then later on – over the finals week-end when medals were being won and world records being broken.

After of a long walk from the car park in Westfield, to accreditation and then on to the stadium we found the Sunset and Vine crew in their porta-cabin production office,  in the Media Compound. Huge OB (Outside Broadcast) trucks are parked up for Sunset and Vine, C4 and Japanese broadcasters NHK where the serious business of getting everything cabled up and working was going on. 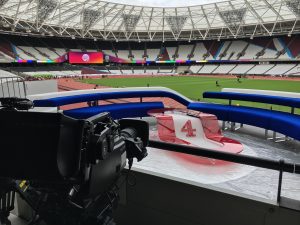 19 cameras need to be rigged in various locations around the stadium.  Commentary posts set up, graphics and sound tested across the whole arena, wire cam (in the sky) and rail cam (the one that runs alongside the athletes) have to be rigged and tested. C4 studio for presenters and guests had to be built and tested and space has to be made for other broadcasters to get their cameras onto the site and outputting to their own organisations. Inside the OB trucks are mini-studio galleries where the Director will decide what shots he/she likes and the final output of what we see at home is crafted.

In between the set up and rig athletes find themselves having to get to grips with this impressive and imposing stadium. Watching them testing out their blocks, listening to the starter commands, trying out their wheelchairs and running blades on the track for the first time their concentration was clear to see.  They have a limited time in the stadium to get used to this huge arena and the media coverage that goes with it.

The practice area – adjacent to the stadium –  looked a bit more relaxed, with athletes sitting about in the sun and chatting at times – but in the background the practice never seemed to completely stop.

We’re hugely grateful to Sunset and Vine and the International Paralympic Committee (IPC) for allowing us access and we can’t wait until the next phase of filming where we will meet with some athletes in their home environments. 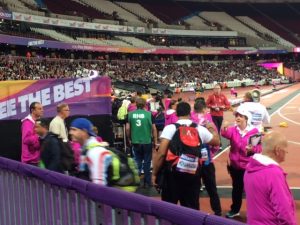 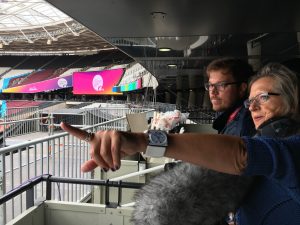 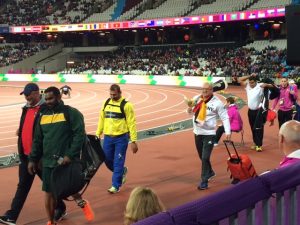 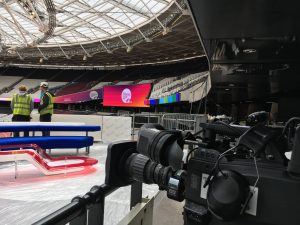 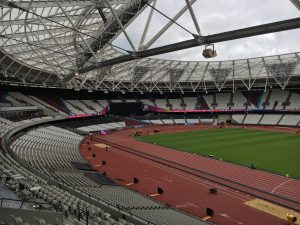 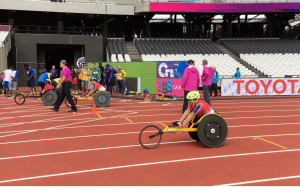 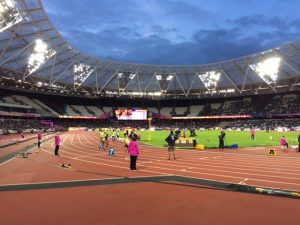 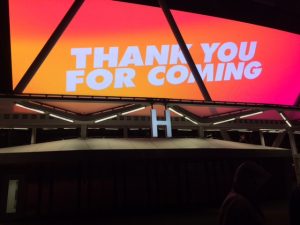 ‘Behind the scenes’ in Paralympic Production: Free Event Open to the Public (Bournemouth University, 16 June 2018)

Your email address will not be published. Required fields are marked *