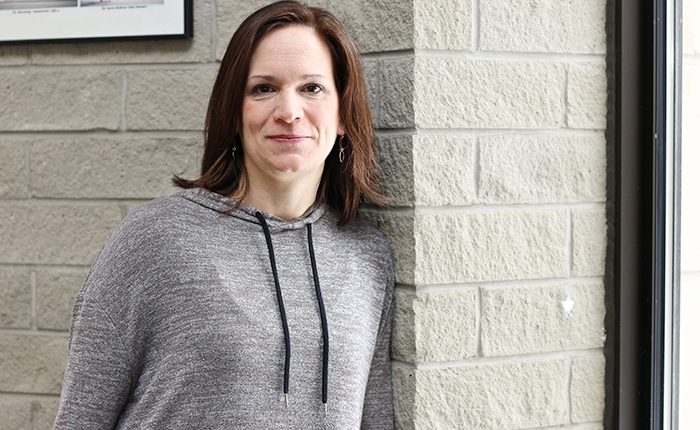 Prior to the Paralympic Games in Rio last summer, Laura Misener found herself cringing after watching a broadcast interview with a Canadian athlete who uses a wheelchair. The female athlete, who has children, was asked by a befuddled reporter, ‘You have two children? How did that happen?’

“For one, it’s completely disempowering for a woman to be focusing on reproductive rights, instead of her sporting prowess,” said Misener, recalling the awkward Rio interview. “And from a disability rights perspective, it’s hugely problematic.”

It’s that line of questioning, one that has nothing to do with sporting experience, that Misener, a professor of Kinesiology in the Faculty of Health Sciences, sees a lot in her day-to-day work as a researcher of disability and para-sports. Instead of being asked about the sport in which they compete, all too often athletes with disabilities are asked only about their disability or impairment.

Misener is now exploring this very topic as a co-investigator in a major research project. She helped assemble a team of eight researchers from five different institutions (four in the United Kingdom) to examine media coverage of para-sports, to analyze how coverage influences attitudes towards people with disabilities, and to explore how coverage could be changed to be more inclusive, free of stereotypes, and generally more empowering for members of the public who live with a disability or impairment.

The project, which received grant funding of £696,000 (roughly $1.2CAN million) from the Arts and Humanities Research Council (U.K.), is called ‘Re-presenting para-sport bodies: Disability and the cultural legacy of the Paralympics.’

Coordinated by Bournemouth University (England), the project, which will span 30 months, launched last November. The research group will present its findings through a public exhibition and a documentary film, produced by Channel 4 in the U.K., a leading broadcaster in advancing the rights of persons with disabilities.

Misener is the only Canadian partner on the project, and part of her focus is looking at the way Canadian media represents Paralympic athletes and athletes with disabilities, and then seeing what effect that has on the viewing public.

“It’s looking at how the hosting of a large-scale event impacts our understandings of disability, and our awareness of disability rights and disability issues,” said Misener. “Does it change anybody’s attitude toward persons with disabilities?”

She’ll also look at how para-sport events impact the lives of persons with disabilities. What impact does watching it have on everyday life? According to previous research at Bournemouth, a large majority remain unaffected by the Paralympic Games, in which Paralympians are often portrayed, through the media, as ‘superhuman,’ and where coverage often focuses on ‘palatable and aesthetically pleasing’ forms of disability.

“One of the big problems in the Paralympic movement is the tendency to represent the most able-bodied athletes and not those with greater severities of impairment,” said Misener. “I think that’s something the movement, and the media, needs to wrestle with. So, maybe we’ll be able to inform broadcasters more about that … to think about the spectrum of disability as an important part of their (coverage).”

One of the common themes in media representation of para-sport athletes is the ‘supercrip’ narrative (a crass term, to be sure), which attempts to provide a positive representation of athletes with disabilities by highlighting all the individual has overcome (Channel 4 even ran a campaign called ‘Meet the Superhumans’ in the lead up to the London 2012 Paralympic Games).

But this can have negative consequences, Misener noted. For instance, an athlete is featured based purely on the fact that they have a disability. And, perhaps what is most problematic, is this can send the message that all people with disabilities should be able to overcome their limitations and attain similar accomplishments as the ‘hero’ athlete.

“The assumption translated to others with impairments can be, ‘If they can do it, you should be able to do it, too. If you just try harder, then you can get there,’” said Misener, who also served as a member of the ParaPan American Games Legacy Planning Committee from 2012 to 2015. “It’s a completely different narrative from the Olympic Games or other elite sporting realms, where there is a better understanding that not everybody can make it.”

Is the ‘supercrip’ narrative the best way to represent para-sport athletes? Is there a better way? Misener and her colleagues from the U.K. will seek answers to those questions – and many others – throughout their research project, which will include focus groups, media analysis and interviews with broadcasters. Importantly, they’ll hear from the people who too often are left out of the conversation – individuals with disabilities themselves.

“We’re often not hearing what an individual with an impairment thinks, or feels, about how para-sport athletes are represented,” Misener said. “So, we’ve said we need to have that voice involved in the discussion. And when we’re talking about narratives, we need to ask individuals with impairment, ‘What does that look like (to you)? How does that impact on your everyday life? What would you rather see? What would be an empowering image, or story, or representation, of those sporting experiences that would support what your life is about?”

Where have all the disabled people gone?

Your email address will not be published. Required fields are marked *